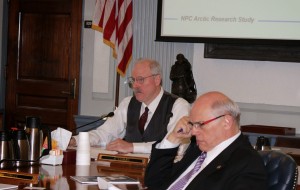 The NPC urged the Nation to start exploring and developing oil and gas deposits in Alaska’s Arctic now. The study found that the shale oil and gas boom has allowed the United States to slash imports and become one of the world’s largest oil and gas producers. However, if Alaska’s Arctic is not explored this will not last much longer.  Oil and gas deposits in Alaska’s Arctic region must be ready to produce within the next decade.  Since development in the Arctic takes years, exploration and development efforts need to start right away to meet that timeline.  Failing to take action means the nations’ energy security will be hurt and we will return to dependence on imports.

Senator Stedman was appointed last year to the National Petroleum Council by United State Secretary of Energy, Dr. Ernest Moniz, as the representative from The Energy Council.  Senator Stedman has served on the Energy Council’s Executive Committee for eight years and is a past Chairman.  He has spent several years at The Energy Council working to expand the awareness of the Artic potential for energy security for the Country and North America. 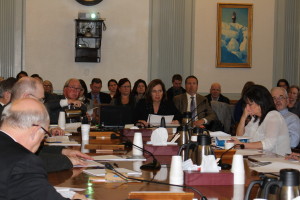 The NPC is a federally chartered and privately funded advisory committee.  It was established by the Secretary of the Interior in 1946 at the request of President Harry S. Truman.  In 1977, the U.S. Department of Energy was established and the NPCs functions were transferred to the new Department.  The purpose of the NPC is solely to advise, inform and make recommendations to the Secretary of Energy with respect to any matter relating to oil and natural gas, or to the oil and gas industries submitted to it or approved by the Secretary.  (www.npc.org).