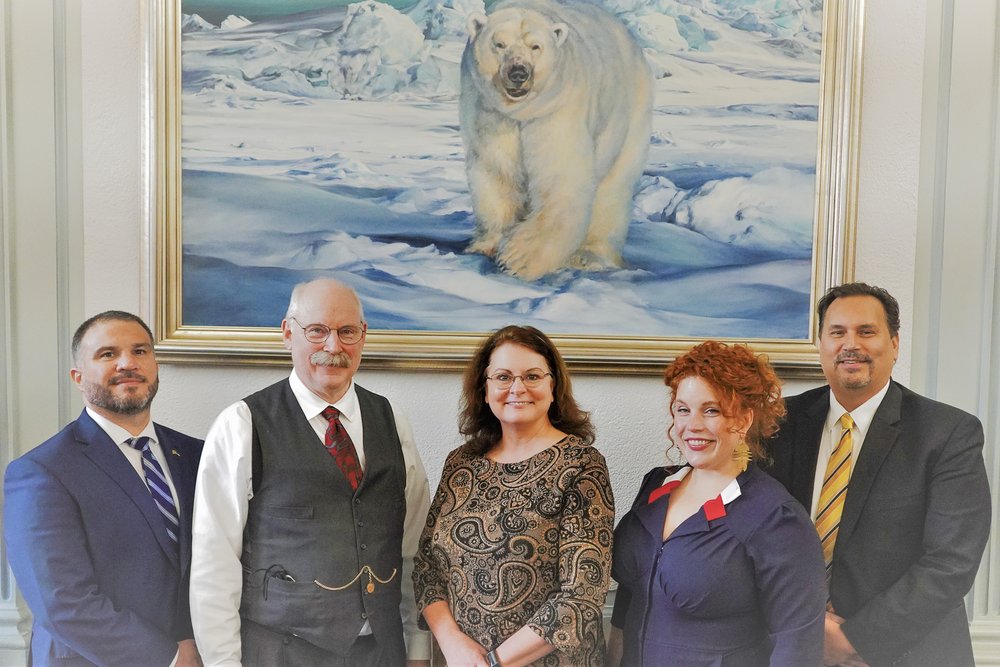 David is from Metlakatla and is Tsimshian. He has worked 14 years in the legislature in various roles including Chief of Staff to the House Majority Leader and for Senator Donald Olson from Golovin. David carries most of my personal legislation and is my current chief of staff. He is a veteran and before coming to the Legislature was a rescue swimmer for the United States Navy on the USS Stethem. He currently lives in Ketchikan with his wife and two daughters.

Pete is from Ketchikan and is Tsimshian. He has worked since 1994 in the Legislature. During this time, Pete has coordinated and worked closely for many years on the operating budget for co-chairmen in both the House and Senate Finance Committees for 22 years. He has been in charge of nine operating budgets, seven capital budgets and has done committee legislation once.

Amanda has worked as the Operating Budget Coordinator for the Legislative Finance Division for more than twenty years. She joins my team this session and will be working on the operating budget for the finance committee. Amanda and her husband have lived in Juneau since 1990. Prior to that, she lived in Wrangell and near Hoonah for several years. She loves reading and playing a variety of sports such as volleyball, pickleball, and golf.

Margeaux joined the team in March 2022. Originally from the Midwest, Margeaux and her family have lived in Alaska since 2007 and have resided in Juneau since 2016. Previously, she worked as the Judicial Assistant to Presiding Judge Amy Mead with the Alaska Court System. In her spare time, Margeaux can be found performing at various Juneau venues and events.