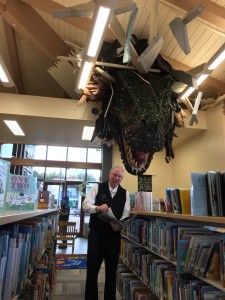 Senator Stedman in the Sitka Public Library Children’s Section with the resident T-Rex.

The grand opening celebration of the new Sitka Public Library was held on March 20th. This date coincided with the 93rd anniversary of a library in Sitka as a  local institution. I was pleased to see Sitka take advantage of the Library Construction program that I created. The program was modeled after the much  successful Harbor Matching Grant program. Recently constructed libraries in Southeast that utilized 50/50 percent match funding between the State of Alaska  and communities; will serve our citizens and young people well into the future. Improvements made in the new libraries included upgrades in services, media,  internet, meeting rooms, and building operation system advancements. Libraries serve a very important role in our communities. 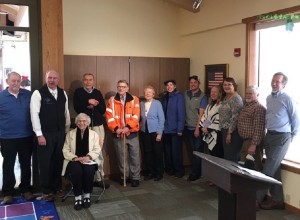 Senator Stedman with the Sitka Public Library board and supporters.