I recently had the pleasure of chairing the Energy Council’s 2013 State and Provincial Trends in Energy and the Environment Conference which took place June 20th – 23rd in Bismarck, North Dakota. This was the first time the Council met in North Dakota and it was a great opportunity to see first-hand the oil and gas production activity in the Bakken shale play. On the opening day of the conference, North Dakota Governor Jack Dalrymple gave the keynote address followed by a trip to the North Dakota State Capitol for a busy day of presentations and meetings. 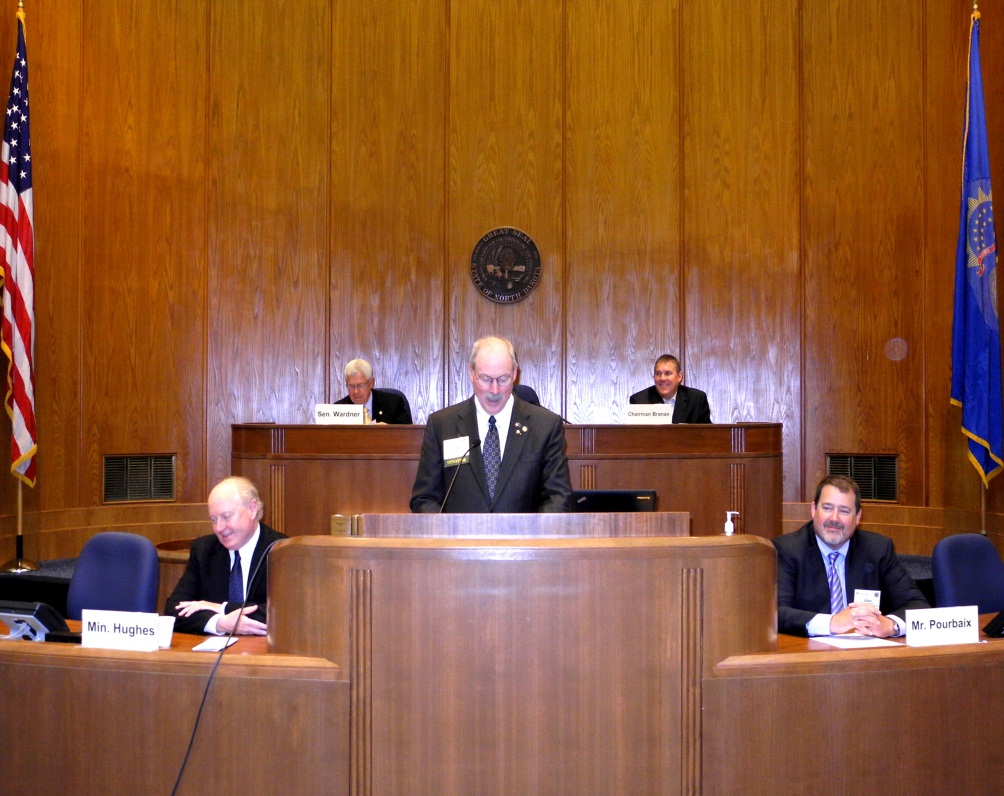 Alaska Senator Bert Stedman presides over the Energy Council’s 2013 State and Provincial Trends in Energy and the Environment Conference General Session on Friday, June 21, which was held in the House of Representatives Chamber in the North Dakota State Capitol. Senator Stedman introduced the Alberta Minister of Energy, the Honourable Ken Hughes (far left) and Mr. Alex Pourbaix, President of TransCanada Energy and Oil Pipelines (far right), both of whom addressed the conferees. Seated behind Senator Stedman are North Dakota Senator Rich Wardner, Energy Council Vice President for State and Provincial Trends (left) and Oklahoma Senator Cliff Branan, Chairman of the Center for Legislative Energy and Environmental Research (right).

During the conference, the Council heard from the Honourable Ken Hughes, Alberta’s Minister of Energy regarding the challenges of transporting Alberta’s oil sands to market. Following Minister Hughes was Mr. Alex Pourbaix, President of TransCanada Energy and Oil Pipelines. He gave a presentation on cross border energy infrastructure and how his company is positioning itself to help move Canada’s oil to market. Other notable presentations included enhanced oil recovery using carbon dioxide, federal regulatory proposals regarding fracking, state oversight of oil and gas well integrity, oil development in the Bakken, shipping oil by rail, and workforce development needs in the energy industry.

In addition to the many informative presentations, the Council had the opportunity to tour Occidental Petroleum’s largest Bakken wellsite, the Bakken Oil Express Rail Hub, the Great Plains Synfuel Plant and the Freedom Mine. The Occidental Petroleum wellsite gave me a unique perspective into the organized chaos in the Bakken field. The application of new fracking technology has opened the Bakken shale oil play for an impressive amount of development activity. It is estimated that the available resource should allow this activity to expand for at least 10-20 more years after which production should plateau and begin to decline while the oil companies settle into harvest mode for upwards of 100 years. The Bakken Oil Express Rail Hub located in Dickinson is the largest of eight tanker rail hubs in North Dakota. Each day, two trains depart from this hub with 110 tankers on each train shipping over 100,000 barrels of oil per day to coastal markets. 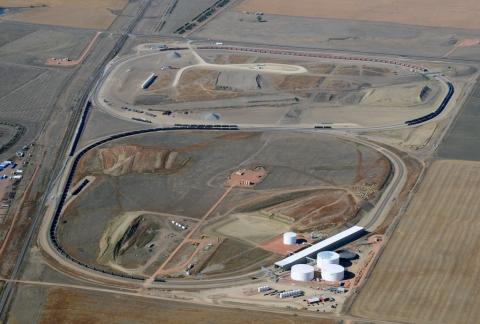 The Great Plains Synfuel Plant has been in operation for nearly 30 years and is the only commercial-scale coal gasification plant in the United States as well as the cleanest energy plant operating in North Dakota. The plant produces synthetic natural gas from lignite coal supplied by the nearby Freedom Mine.

Also of particular interest to me as a policy maker were meetings I had with local community leaders like Mayor Dennis Johnson of Dickinson and others about the challenges they have dealing with the impacts of oil development. The increased activity has been great for jobs and the economy, but it has exceeded the major infrastructure capacity of most towns in the Bakken. Local leaders are currently struggling to secure funding necessary to expand water, sewer and road infrastructure as well as housing, schools, and other public services. 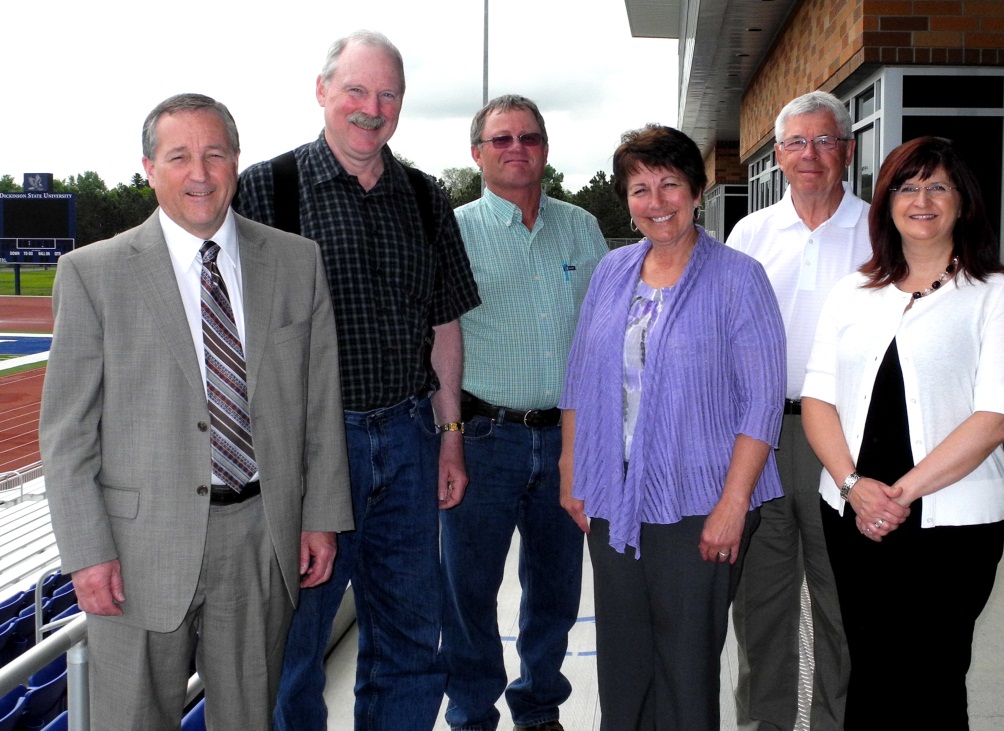 As always, the Energy Council’s Executive Director, Ms. Lori Cameron did a wonderful job of organizing the conference and keeping us all on task. Finally, I want to extend my sincere appreciation to North Dakota State Senator Rich Wardner for being a consummate host. Senator Wardner is the Energy Council’s Vice President for State and Provincial Trends and made all the Council members who visited his state feel welcome.